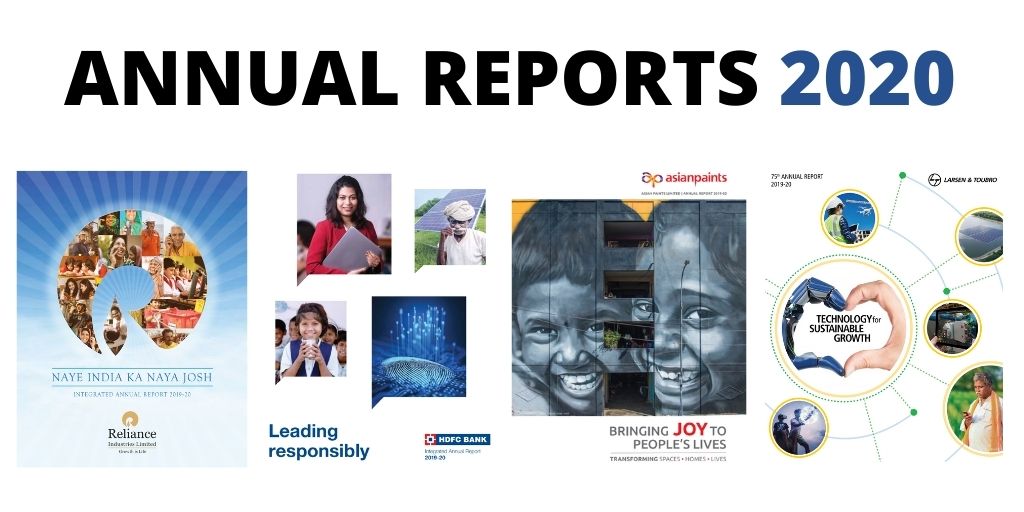 Reading annual reports is time consuming and considered to be boring. But what if I told you, annual reports can be a lot of fun and informative too?

Spending 10-15 minutes on the Reliance Industries annual report, can give you a lot of exciting information.

Mukesh Ambani – in the section titled ‘Letter to Shareholders’ – talks directly to his shareholders about Reliance getting Google and Facebook to invest in Reliance, India’s war against the Corona virus and also speaks about his future ambitions for Jio and the retail section of the company.

If you haven’t read annual reports yet, you should try reading some from companies that you like. You could start with Reliance, Asian Paints, Info Edge, Titan, Trent.. just to name a few.

Annual Reports can be longer than 200 pages. You cannot (and need not) read all those pages. The important information is always in the first few pages.

How to read Annual Reports:

To make it easy for our readers, all the annual reports released in 2020 – 2021 will be linked on this page.

Search for the company you like, click on the link next to it and read the annual report.

A lot of reports are expected in the next few days. Keep visiting Learnstockmarket.in/annual-reports

The above table of Annual Reports Last Updated on 21 June 2021.

All the links below are old annual reports.

Annual Reports of Nifty Next 50 Companies

Annual Reports of Indian Companies in 2021